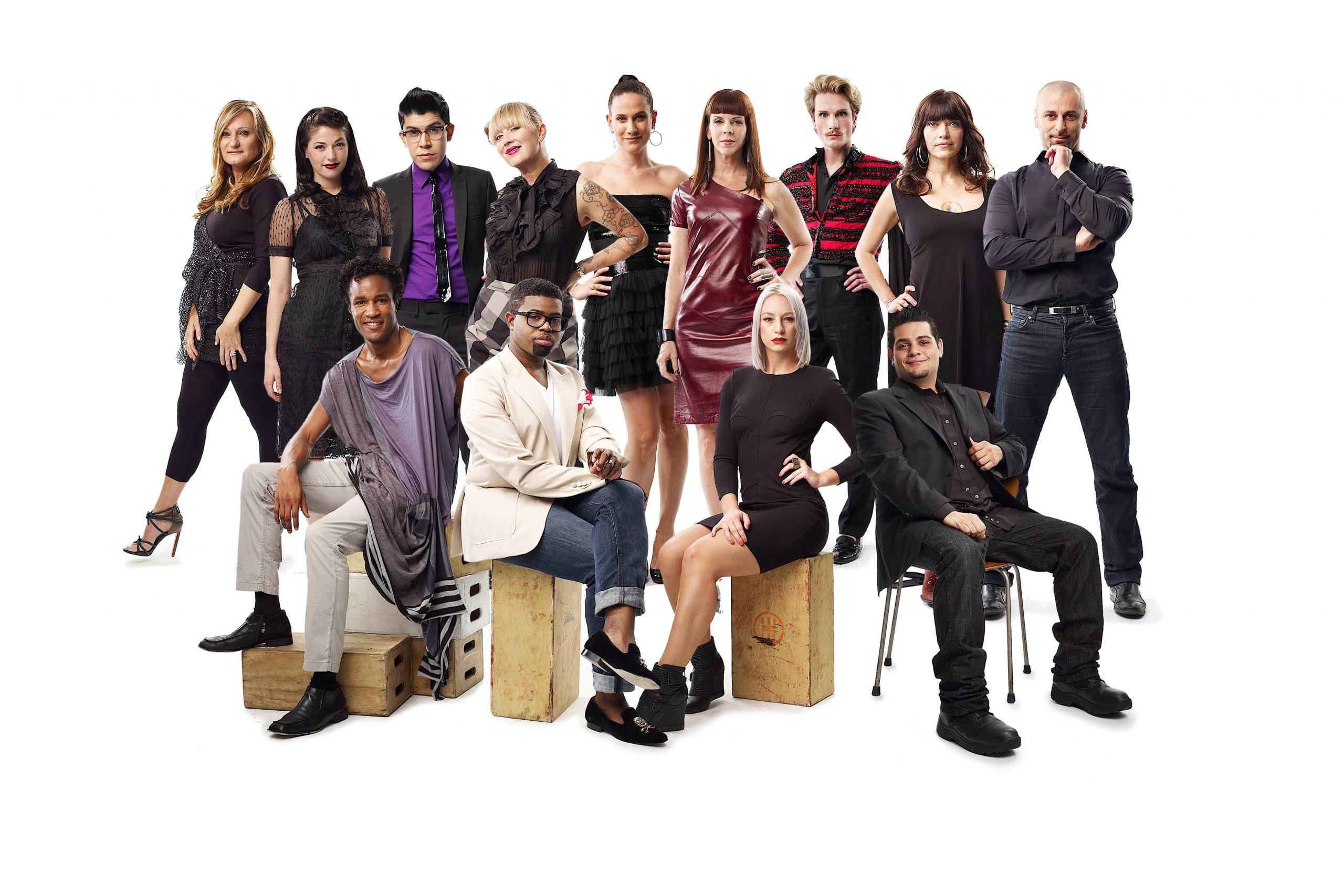 I warned you, I’m a fan of Project Runway, and last week was the premiere of the All-Stars season.

The concept is pretty self-explanatory from the title : 13 of the designers from seasons past come back and try it all over again, with better bigger prizes, a new mentor and new judges – clean slates, as is aptly put by Angela Lindvall, new host.

Even though I love how Nina and Michael critique, I have to admit that Georgina Chapman and Isaac Mizrahi make a wonderful pair of judges, even though this first episode was a little too « nice » in the comments for my taste – fortunately, the preview for next episodes led us to believe there were showdowns to be had, goodie !

OK, Georgina is the producer’s wife, but in the world of TV, fashion, and celebrity, who notices ?

I always liked Joanna Coles’ accent when she was guest-judging, having her as a mentor is a great idea as she often has a good eye, even though her red jacket was difficult on our own eyes at times. But I do miss Tim Gunn, « make it work » and all. Word is he’ll be back for Season 10 in June.

The first designer to go was goofy Elisa, which to tell you the truth doesn’t sadden me overall but I feel she did at least present something fashion forward, whereas Sweet P., which I generally like, really did an awful mess. Did they try and prevent Elisa’s crash, give Sweet P. a chance to redeem herself ? We’ll see how the next judgings go.

And the best thing about all of this is in the tile : Rami’s back. In all senses, as he also won the first challenge. Too bad we don’t have any Neiman Marcus stores in Paris to sell his stuff once he grabs the win.