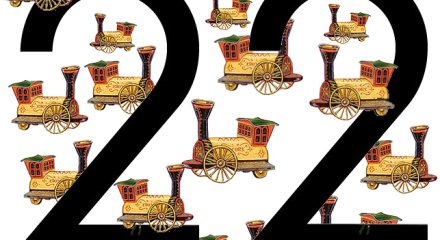 There seems to be a trend on LinkedIn, or rather an organized trend, to ask influencers what they were like, hoped for, etc. at 22.

Why 22 ? I don’t know. But having just reached 42, it seemed like a good idea to reflect on where I thought I would be, where I am, and would I do anything differently if I knew then what I know now ?

To start by answering the last question, probably not. Having made mistakes is actually a great learning experience, and even if the French culture pushes to not admit any failure, step back, or other doubtful moments, I am more of the Asian mentality : if it’s not a success, then it’s a lesson. So I probably wouldn’t change a thing, actually.

At 22, I was in the middle of my MBA. Having graduated at 21 after 5 years of very hard studying in chemical engineering, guess what ? I was too young for employers in the technical field in France. I also already had realised then that my chosen career in biochemical research wasn’t the right one for my personality. 6 months of actually working in a lab had proven that I was meant to be dealing with people and business, not test tubes. I left everything that was familiar, my country, my home, and my beloved Paris (I am a big-city-girl through and through) to go live in Amherst, Massachusetts. A small little town, with very harsh winters (I hate the cold).

So at 22, I was already reflecting on whether I made the right choice, and patting myself on the back. I was learning new things, meeting new people, from all over the world, I was Class president, editor-in-chief of our MBA newsletter, and finally starting to get a feel of what I was really good at.

Of course, there were plenty of things I didn’t know. I hadn’t know failure at that time, and thought I was pretty invicible. Boy was I wrong. I also thought my professional life would define me entirely. II realized since (and actually much much later) that I’m also a friend, a wife, a mother, a daughter, an individual, a woman in her own rights, and my job is only a part of that big picture.

I also didn’t know how the world would evolve, even though I thought I had it all figured out. I had my first email adress at UMass, and dialing in the Internet was slow. Shopping online did not exist (what would I have done as a career, and where would I buy my books if it hadn’t been invented since, I wonder). So one of the things I’ve learned now that I didn’t know then, is that you have to stay alert : things change, faster than you think, and nothing can ever be taken for granted.

Some things haven’t changed, however. My curiosity and how I need to be learning something every day – hence my love of books. The way I rely on my intuition to do something, whether it is taking a job or something more personal. How I make decisions based on the people involved, not the rational spreadsheets (even though at 22 I had a faith in numbers I don’t have anymore).

And you, what did you learn since you were 22 ?